Is the Two-Wheeled Tractor the Mechanization Africa Needs? 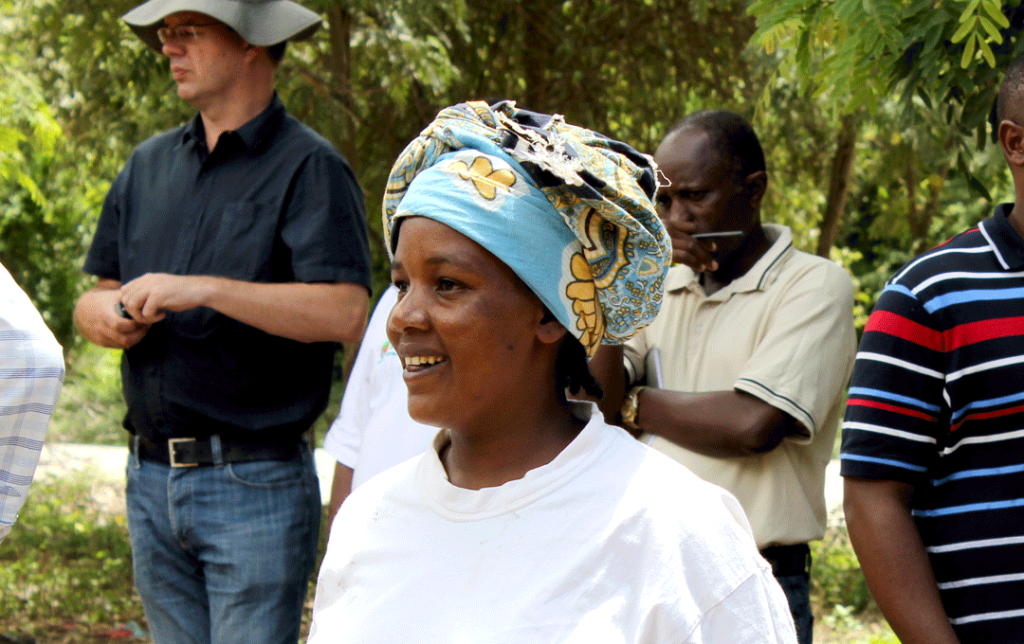 Acccording to CIMMYT agronomist Frédéric Baudron, more than 35,000 farmers will benefit from the project, with conservation agriculture farmers expected to increase incomes by 50 percent.

While smallholders in most developing countries are increasingly using mechanized equipment for tasks such as land preparation, weeding and threshing, in Africa the number of tractors and draft animals is stagnating or even in decline. As a result, back-breaking physical labor continues to be a marked feature of African agriculture, with much of this drudgery falling to women and children.

Female-headed households have particular challenges, as they often don’t own or are not permitted to use draft animals and are among the last to access land preparation services, with severe impacts on their yield. 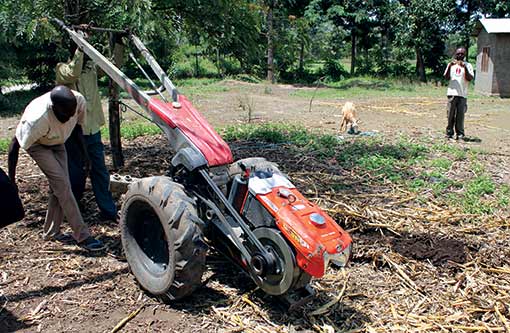 Operating since March 2013 in Kenya and Tanzania, the project has been chiefly involved in mapping the tasks that are characterized by low labor productivity and drudgery, in order to understand farmers’ needs and to identify technologies in use regionally and globally that could meet their likely demand. Some machines have already been imported for testing and adaptation in African conditions, including a light, single-row seeder designed by John Morrison, a consultant from the University of Tennessee. In September 2013, the seeder was ‘pre-tested’ in Njoro, Kenya, by women, FACASI scientists and Morrison, and found to work well. Full field testing of this and other machines took place later in the year in Kenya and Tanzania.

Drawing on a technology that has transformed Bangladeshi agriculture, the Farm Mechanization and Conservation Agriculture for Sustainable Intensification (FACASI) project is investigating the potential of two-wheeled tractors for smallholder farming in Ethiopia, Kenya, Tanzania and Zimbabwe*. While not powerful enough to plow, the tractors can be used for direct seeding – which requires far less energy – and are thus well-suited to conservation agriculture systems. In addition, they are lightweight, easy to operate and maintain and relatively inexpensive.
More important than testing and adapting machinery, however, is the need to develop commercial models to provide farmers with access to two-wheeled tractors. Inspired by Bangladesh, where only one out of every 30 tractor users actually owns a machine, the project will stimulate the development of tractor-hiring services based on local entrepreneurs.

Agribusinesses will be encouraged to invest time and resources in promoting the machines, training farmers in their use and developing adequate credit facilities in order to buy and maintain them.

FACASI will also create jobs for around 360 rural service providers, for example in fuel supply and tractor repairs. Activities in Ethiopia and Zimbabwe are scheduled to begin in February 2014.

Finally, a MAIZE competitive grant will build on the 2013 tests by involving KIT to investigate gender relations and mechanization, starting in Kenya and Tanzania in 2014. Social scientists will explore the potential consequences of adoption from a gender perspective, including consequences for marginal groups. “This study is key for FACASI,” says Baudron, “and hopefully will help us understand better how much of the gender-gap is explained by differences in access to farm power.” A gender specialist will also join the team in 2014, to assess the likely demand for small mechanization among men and women.

* FACASI is led by CIMMYT with multiple partners and funded by the Australian Centre for International Agricultural Research (ACIAR).