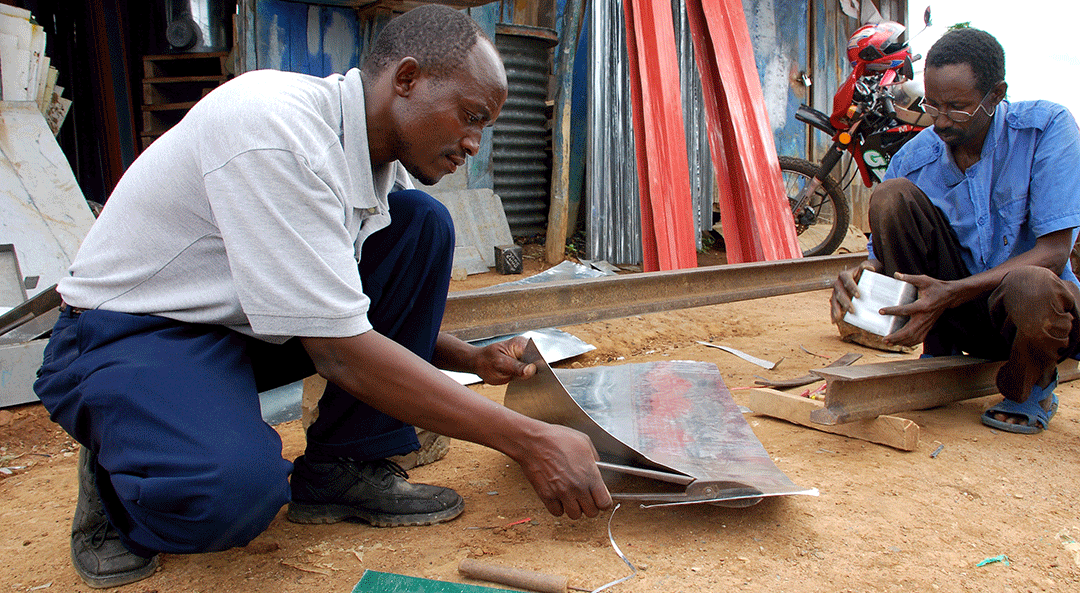 Globally, around one-third of the food produced for human consumption is lost or wasted. In developed countries, much of that loss is the result of consumers throwing away millions of tons of edible food each year. But in the developing world, farmers suffer heavy post-harvest losses estimated at 20 to 30 percent due to inadequate storage techniques.

In eastern and southern Africa, maize provides food and income to more than 300 million smallholder farmers. After harvest, farmers typically remove maize grains from the cobs by hand, dry them in the sun, and then store them in sacks kept in their home, in a shed or a traditional store. A considerable proportion of the crop may have already been lost in the field through pests and diseases. But once in storage, it is still vulnerable, particularly to insect pests such as the larger grain borer (Prostephanus truncatus) and maize weevil (Sitophilus zeamais). Some farmers are able to apply pesticides, such as actellic dust, to their stored grain but these are expensive and need to be reapplied every few months to be effective. 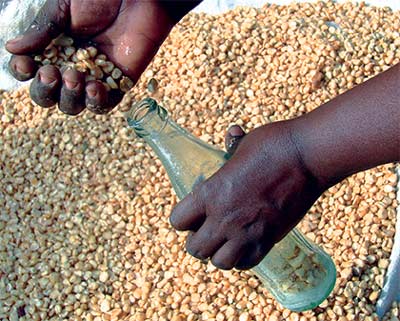 To introduce affordable and effective crop storage solutions for smallholder farmers, CIMMYT launched the Effective Grain Storage Project (EGSP) with funding from the Swiss Agency for Development and Cooperation (SDC) in 2008. Led by Tadele Tefera, and working with local partners, the EGSP project is developing hermetic (airtight) technologies such as metal silos and super grain bags.

The EGSP draws on the experiences of the POSTCOSECHA* program, which saw the wide adoption of metal silos in Central America, training local African artisans to construct metal grain silos from 0.5 mm thick galvanized metal sheet. These small cylindrical drums, with a storage capacity of 90 kilograms (kg) to 1.8 tons, have soldered seams, making them airtight and impervious to pests such as weevils, larger grain borers and rats.

First piloted in Kenya and Malawi, the silos’ effectiveness has been tested alongside traditional and alternative modern storage methods. Jose ontreras, an instructor in silo-making from El Salvador, was invited to train 41 Kenyan and Malawian artisans in a series of workshops.

Training materials and silo information were translated and adjusted to the African context, and two African partner organizations already working in crop storage were identified – Catholic Relief Services in Kenya and World Vision International in Malawi.

Farmers have also been trained on how to prepare grain for storage then use a candle to deplete oxygen within the sealed drum. A simple test using a glass bottle tells farmers if the grain is dry enough to store safely.

* POST-HARVEST, or POSTCOSECHA in Spanish, was a program developed by SDC in the 1980s in Honduras and scaled up across Central America. The program ended in 2003, but its post-harvest strategy continues to flourish today.

By 2011, 150 silos of various sizes had been constructed in Kenya and Malawi. Many of these were bought by smallholder farmers, and others were ordered by schools and urban communities.

Not only do the silos liberate farmers from the risk of losing their harvest, they also help them to gain some control over the market. Rose Owanda, a poultry farmer from Homa Bay – one of the Kenyan project sites – bought six silos, each capable of storing 2.7 tons of grain. “I intend to be buying grains from the market during times of glut,” she says. “This will not only ensure that I buy grain at the lowest prices; I am assured of enough grain to feed the birds throughout the year.”

In line with SDC’s commitment to gender equality, EGSP aims to benefit men, women and young farmers. In order to achieve this, gender specialist Vongai Kandiwa is currently carrying out a gender analysis study in all EGSP countries that will lead to an evidence-based strategy for gender-responsive post-harvest research and technology dissemination. While the economic benefits of improved technologies are encouraging, the EGSP team aims also to foster other social outcomes such as gender equality in improved post-harvest technology access and adoption.

Questions to be Answered:

While in many places men control stored grain, women farmers have also benefited. Gladys Nthiga, a farmer in eastern Kenya’s Embu County who has struggled to cope with storage pests, bought two silos with a capacity of 450 kg each. “Despite treating my grains with pesticides, I was still losing nearly half a ton of maize every year,” says Nthiga, whose annual maize harvest averages 1.8 tons. “If what I have been told about the technology is true, then my problem with these pests is over,” she added.

A second phase of EGSP was launched in 2012, focused on building capacity for improved technology development, testing, promotion, dissemination, policy and gender. By mid-July 2013, a total of 230 metal silos had been sold to farmers in Homa Bay district alone. A further 47 had been bought by local institutions, mostly schools and colleges.

This scaling-up of the project has been achieved by an awareness campaign, including demonstrations, videos and involvement of the local media, with much of this work carried out by national partners. Scientists, in collaboration with national partners, are carrying out on-station and on-farm trials that test the effectiveness of the improved grain storage technologies across different environments, including in Zambia and Zimbabwe.

Despite the successes, however, high initial costs for the silos are a significant challenge for widespread adoption. Costs vary, but in Kenya, a silo capable of holding 1.8 tons of grain (the most popular size) costs US $336. While the silos will last for over 10 years, making them much cheaper in the long run than conventional storage technologies, the initial outlay will be prohibitive for many farmers unless they can obtain affordable credit.

According to CIMMYT economist Hugo De Groote, metal silos storing less than a ton are not cost-effective. As the average amount of maize stored per family is 500 kg, he argues that farmers should be encouraged to consider other forms of hermetic storage, such as the super grain bag, which is capable of holding 90 kg of grain and is much cheaper than a metal silo. On the downside, the bags can be perforated by the larger grain borer and do not offer protection against rats.

Food spoilage and waste account for annual losses of US $330 billion in developing countries.

To provide initial capital, De Groote recommends that credit facilities and collective action (e.g. loan associations) should be considered. One commercial bank has already shown interest. Significant scaling up, De Groote believes, will depend on the involvement of the private sector, as well as government.

Meanwhile, CIMMYT policy economist, Jones Govereh, has called on governments to include galvanized metal sheets for silo construction under the tax exemptions in place for other agricultural imports.

Ultimately, the goal of EGSP is to establish a well-functioning, sustainable silo production industry. In addressing the challenge of achieving food security for Africa’s expanding population, reducing the significant loss of grain to storage pests is a cost-effective strategy that deserves much greater recognition than it currently receives.